Halloween Hunt: Part 1 -- The First Haul of the Season

Hello everyone! Hello! I have to apologize for falling off the face of this blog for a month. While I'm an old pro at teaching in the classroom and asynchronously online, this whole synchronous online teaching thing is new to me. So far it's going well. For the most part everything is well-planned and the technology is cooperating. However, it's my first semester conducting synchronous online learning and the prep work is time consuming. By the time I catch my breath, it's time to start the week all over again! Things are finally starting to settle down around here and I suspect I'll have a nice "rhythm and flow" going in no time.

As you know, we weren't quite sure if we were going to do any in-person Halloween shopping this year. Even though Covid cases have dropped dramatically in NYC, Ed and I haven't been taking any chances. A few weeks ago, I speculated that the only shopping we would do was online and proceeded to post images of what we ordered from Target's website. In mid-August we decided to mask up and head to Michael's and HomeGoods to see how we felt about it. I'm happy to report that Michael's was a marvelous experience. Everyone was wearing masks, keeping their distance, and following the rules. HomeGoods, not so much. We ran out of there and haven't returned! We've been back to Michael's twice and were lucky enough to snag a few nice pieces. We also went to Spirit Halloween where we bought some Hocus Pocus merchandise. And finally, though totally unrelated to Halloween stuff, we ventured into Trader Joe's! Granted, we initially went to scout for pumpkin spice yummies, but we ended up doing our food shopping. It was SO nice to be able to pick out our own produce again. The store wasn't really crowded and everyone wore masks. The TJ's employees were extraordinarily helpful, understanding, and kind. SO YAY! Trader Joe's! We'll be back.

Besides the four foot, felt skeleton and kitty shown at the beginning of this post, we bought a bunch of things online from Target. I featured our purchase in THIS POST, so I'm not going to repeat myself. However, I do want to point out that the quality of Target's Halloween stuff is only getting better! The felt skeleton, matching wreath (not pictured), kitty, and vulture are well-made and look like they can withstand some use. The stitching and details, though simple, are just about perfect. The vulture is a lot like the crows from the past few years. They are balanced and can sit on their own feet without propping.

Last year, Target introduced wooden, mini mantel figurines to their "Hide & Eek" line. Our Target got this line very late in the season and we were only able to get two sets. This year they released a bunch for pre-order. As tempted as I was to buy all of them, I restrained myself. I only purchased the pumpkin scene and this adorable pirate set. I wanted Ed to have the pirate set to display with his plushy octopus/squid and Cthulhu collection.

Michael's has been "hitting it out of the park" with their Halloween offerings the last few years. They seem to be concentrating on two main themes:Vintage-inspired Halloween and Halloween Magic. They did something similar last Christmas with the reintroduction of the ceramic Christmas tree and the light up blow molds. I couldn't help myself! I absolutely had to get these vintage-inspired plastic blow mold figures. Sadly, they don't light up; however, their vintage vibe goes great with our growing collection of antiques. 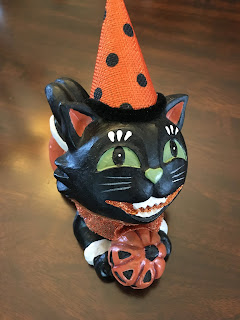 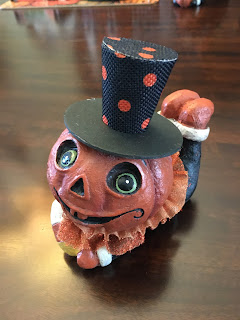 Kitty and Pumpkin Man from Michael's

These adorable plaster and paper Kitty and Pumpkin Man figures also have a very vintage vibe. If you've been following me for a while, you know that I have a thing for for Victorian Halloween imagery, specifically those on greeting cards and other printed ephemera. Decorations and party favors from the first half of the 20th century also interest me. I haven't started to collect these antiques yet, mostly because I just haven't had the opportunity to do so and because I don't have the room to properly care for and display them. However, I do collect objects inspired by the older aesthetic. I have a bunch of these plaster figures that were inspired by older examples because they're just easier to care for! 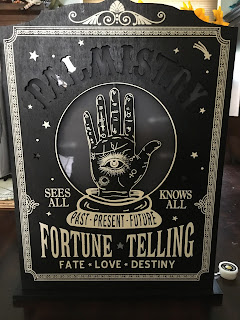 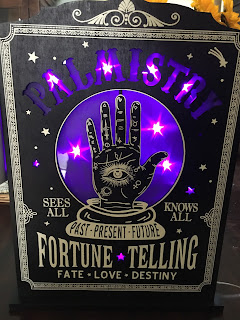 Palmistry Sign from Michael's
For the last three years, Michael's Magic-inspired collection has featured all sorts of divination and witchy-themed stuff. Some of it looks schlocky, but some of it -- like this palmistry light-up sign -- is well-made and well-designed. They also seem to be focusing on Salem, MA themed signs and paraphernalia. I have a lot to say about that, but will wait for later posts to do so. Yes, Salem had witch trials. Yes, modern day witches and pagans live in Salem. NO! That's not the only cool thing about the town! Holy smokes, I have TONS to say about this. But for now, back to my Halloween Haul.

For a bunch of folks, Spirit Halloween is the place to get all things creepy and gory. For us, it's the place to grab exclusive Hocus Pocus stuff! I don't collect POPS!, but I do have a few. For example, I have the Addams Family POPS!, David Bowie as Jareth, Professor McGonagall, Mary Poppins, Ruth Bader Ginsburg, Iggy Pop (yes, it's an Iggy Pop POP! HAHAHAHAHA!), and two different versions of the Sanderson Sisters. Billy Butcherson is on order ... and I couldn't resist these Sanderson Sisters POP! Pez. Aren't they adorable? Real collectors would have a heart attack because I take my POPS! out of the boxes to display them. I'll probably do the same with these. And I HAVE TO eat the candy!


The coolest Hocus Pocus merchandise at Spirit this year are these tombstones for Billy Butcherson and Emily Binx. Like most weird, spooky Goth kids, I like graveyards. However, I have a deep, scholarly interest in Colonial American stones. I've always loved how both of these stones refer to Colonial gravestone imagery, but don't copy it. These feel like a heavy plastic and I'm sure they were meant to be bookends ... well, that's what they're going to be used as!

Besides four candles (I had a "buy two get two free" coupon), all I bought from Yankee Candle this year is this ghost. It's a good size, however, I think it's plastic, which isn't a good material for candles. Usually, candle holders of any kind are made from ceramic, glass, or metal. This is kind of surprising, especially from a company whose only product is candles. I've been really disappointed with Yankee Candle Company since they were bought by some big candle company. The quality of the Halloween stuff has gone down and the candle smells are questionable. I still love their Harvest candle and will always buy the majority of their Fall food and spice candles, but that's the extent of it.

Of course no Halloween Hunt would be complete without loading up on CANDY!!! This was the first Halloween Candy Haul of the year. We did buy two more bags of candy corn/harvest mix in the last few weeks, but that's about it. I'm showing incredible restraint because I can eat my own weight in candy corn! More on why I'm not in a later post. 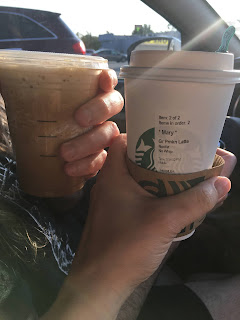 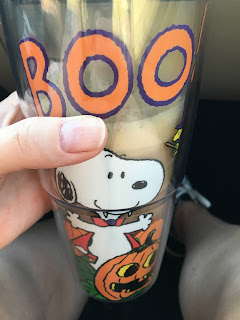 Of course it's Pumpkin Spice Season! I know a lot of folks don't really like pumpkin or pumpkin spice anything, but we do. And yes, that includes Starbuck's Pumpkin Spice Lattes. This was our first time getting Starbucks since March, so you can imagine how special this moment was for me. We've only had one additional PSL since our first one pictured here. We agreed that it would be safer to pour the drinks into our own travel cups. I'm not comfortable with putting my mouth on anything someone else might have touched or coughed on! *shudder*

And finally, Ed bought me these two fabulous Squishables ... just because. Yes, one is a frog and the other is a PUMPKIN SPICE LATTE! Hehehehe ... sooooooo cute.
We have one more Halloween order coming from Joann's ... that's what I get for going to the website to order four skeins of yarn for the hooded scarf I want to knit! Stay tuned. 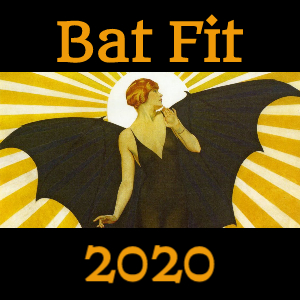